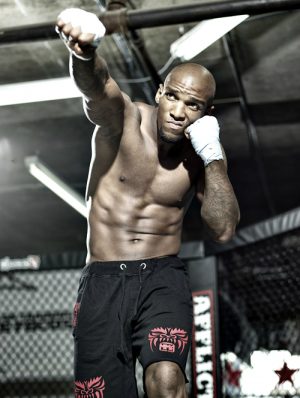 In the life of a sportsman, water plays an equally important role as other, sports- and performance supporting nutrients. In itself, proper water intake doesn’t boost sports performance, but water shortage induces a rapid and serious drop in performance; and might eventually lead to a life threatening deficit in our bodies. The importance of water is manifold, and should be discussed separately from the standpoint of chemistry and physics in the following.

By default, water serves as a solvent in our bodies, keeping those chemical agents in solution, which take part in the metabolic processes of our cells. Nutrients utilised in our intestines in absorbed form, and then transmitted to muscles through our blood flow, where muscle cells utilize them in a solvent state.

Despite sounding strange the majority of our muscles, fibres and composing protein molecules are found in our cells in a quasi-solvent state.

It’s ‘quasi’, because their surface – just like in case of any other solute – is covered in a water shell without actually moving freely in the watery space. It’s more beneficial for the cell to keep protein  stores in a solute state, because they dispose those proteins which already lost their solubility; with the exception of certain, hydrophobic areas of macro molecules.

In-cell hydration is really important, because cells – which take part in chemical reactions – are transmitted to reaction catalysing enzymes through cellular fluids. If one of the parakers were not hydrated, they would not be able to get in a physical proximity where the reaction would optimally occur.

Being an athlete means living an active life. Therefore, biochemical reactions are brought about with a much higher intensity in their bodies: they consume more oxygen, use more nutrients, their muscle fibres get injured more often, utilize more enzymes for regeneration, etc. Because chemical reactions only occur in a solved environment, sportsmen tend to have a much higher fluid need, as their bodies contain more water, than those who are not doing any sports.

Detoxification is a chemical reaction which typically requires great amounts of fluids. Toxic and other redundant decomposition material can only be excluded in a solute form. The more drugs, food coloring, preservatives and necessary nutrients we take, the higher the body’s chemical and nutrient load is, thus increasing our fluid needs proportionally. 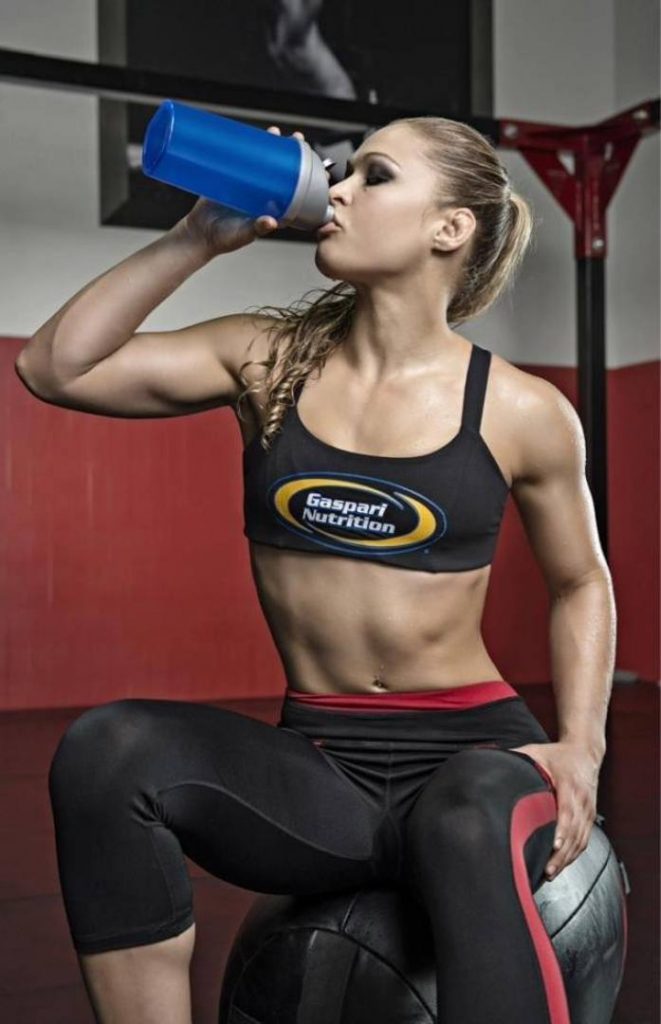 If the concentration of liquid (water) in the blood is less than that of the liquid in the cells, liquid flows into the cells and the cells will be hydrated. This can be experienced during training, shortly after drinking some fluid: the liquid reaches your circulatory system and your muscles will pick up the liquid. In hydrated cells, metabolic processes are faster – thus your training power is restored and headaches will not be that bad anymore, either.

If your blood is more concentrated (thickens), the cells cannot absorb adequate amounts of fluid, but even they themselves are forced to transfer fluid. In this case, cell size is reduced and its function is weakened. This can be seen in the cases of dehydration when the blood thickens because its liquid content decreased but the same can be experienced in case of excessive salt intake for example, when liquid content is not reduced, but the blood only becomes ‘thicker’ due to increased salt concentration.

Later on, we will discuss the flaws in water consumption. The large heat capacity, high specific heat also have an important physical role. These phenomena are important for an athlete because the amount of heat produced during muscular work must be removed in some way from the body. The head capacity of water is large, so the consumption of of cold water is capable of diverting heat from the cells. We are also pleased with high specific heat because evaporation is able to divert a lot of heat, so we are able to get rid of heat by sweating even in the summer heat.

Our water balance is disturbed if for some reason, our fluid intake is not adequate (too much or too little), if the mineral concentration in our fluid intake is inadequate, or if the systems governing water distribution in our body (neorohypophysis, kidneys) are damaged. For athletes, the problem is typically posed by the first two cases, i.e. ‘too much and too little’.

WHEN THERE IS TOO LITTLE – FLUID LOSS

Fluid intake is ‘too little’ if the amount introduced is less than our current needs. So what are the factors determining our needs?

The first two are clear, the third requires an explanation. The function of water is to dissolve soluble materials in our body and keep the 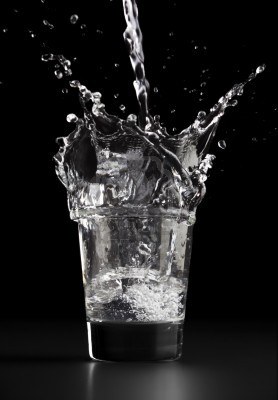 m in solution. If we are on a diet, our carbohydrate, salt and protein intake is low and the number of dissoluable molecules circulating in our body is reduced, thus we are willing to put up with less fluid. We become repeatedly thirsty after a hearty lunch as the intake of sugar, amino acids, etc., reaches and ‘thickens’ our blood stream. Dissolution is not the best expression since different materials ‘absorb’ water in different ways.

If we drink less than 500 ml (pint) of water, the detoxification process will be certainly impaired. Top athletes usually take in more nutrients and typically, they also use active micronutrients. Thus their fluid demand may multiply.

Decreased fluid intake causes immediate degradation of sports performance. During water deprivation, the volume of blood circulating in the body decreases and blood pressure falls. In response to the drop in blood pressure, our body reacts by adrenaline outflow, thus our pulse rate will rise. Due to water deprivation, the evaporation processes in our body (sweating + respiratory evaporation) will decrease so our capability to get rid of heat generated by our muscles will be increasingly impaired and our body temperature rises. In parallel, our ability to concentrate decreases and our muscles begin to spasm. Nerve cells are very sensitive to hydration, so headaches develop even in the event of mild dehydration.

After consuming salty foods, we immediately feel thirsty because our thirst detection mechanism is more sensitive to the ‘thickening’ of the blood than actual fluid loss. It can be dangerous  because if we lose fluid in such a way that electrolytes (sodium, potassium) also leave along with the water, the volume of our blood is reduced, the concentration of blood does not increase significantly. In this case, the feeling of thirst does not occur in time and there is a greater risk of dehydration (remember we are usually thirstier after big meal than during a summer day when we sweat a lot). It is difficult to plan re-hydration for athletes because fluid loss can suddenly increase.

Even during an average intensity workout we are able to lose 2 liters of sweat per hour and the amount of water leaving in the urine + sweat + exhalation may easily reach 3 liters per hour. The maximum sweating rate is 4 liters per hour. Along with sweat, important minerals (sodium, potassium, calcium, magnesium) leave our bodies, as well. In the case of normal ordinary sweating, the sweat volume may be even reduced to 100ml per day, which does not involve substantial mineral loss. However, the many liters of sweat characteristic of athletes deprive body of minerals to such an extent that conventional tap water and mineral water are not suitable anymore for their replacement, but direct sodium and potassium (electrolytes) replacement is necessary.

Endurance athletes are characterized by some degree of hypovolemia (decreased blood volume due to decreased fluid intake). As specified above, this impairs the body’s heat release and may cause the formation of kidney stones under long-term conditions. 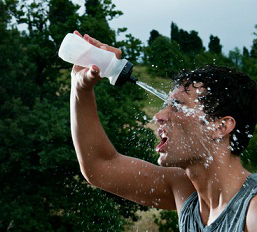 WHEN THERE’S TOO LITTLE – SODIUM LOSS

A large amount of sweat will also cause a great deal of sodium being removed from the body. 2.3-2.6 g of salt was measured per liter of sweat in athletes acclimated to the summer weather and a 20% higher amount for those not acclimated. This could even mean 5g of salt loss per hour which may even reach an astonishing value of 50g per day. The amount of sodium loss is further increased if the fluid intake has low sodium content and it can be particularly severe if our thirst is quenched with distilled water. The intake of large amounts of fluid will definitely increase perspiration in a reflex-based process, which will further increase sodium loss.

It does not matter that sodium concentration decreases because the low amount of sodium, or because sodium-free fluid intake is too high, as the result will be the same. Nerve cells are particularly susceptible to swelling, thus vomiting, dizzines and confusion will occur. It is therefore important that top athletes and those performing heavy physical work avoid distilled water and do not be satisfied with tap water or rely on the amount of minerals in mineral water.

WHEN THERE IS TOO MUCH – HYPERHYDRATION AND HYPERVOLEMIA

Excessive fluid intake is perfectly tolerated by the body in the short term. If a 70kg (150 pound) athlete suddenly drinks 2 liters of water, the body deals with it within 4-5 hours with no problem. Undue consumption of water in the long term may cause a problem. Our kidneys concentrate urine, which for concentration of sodium is important. If too much liquid and clean water is taken in on the long term, the sodium quantity is washed out and the kidney will be unable to do it’s job. This could involve a large amount of fluid loss which requires medical attention.

In practical terms, excessive fluid intake causes a problem when we want to replace carbohydrates in liquid form.

IN THIS CASE, WE HAVE TO FACE THREE PROBLEMS

Athletes of large body weight often use Vitargo (carbloader popular among professional athletes) to make up for a major amount of carbohydrate. It can be used to quickly and effectively make up for carbohydrate needed for glycogen loading so that our comfort level is not compromised and no bloating is experienced.

We are not just a gym. We are a lifestyle. We strive to offer you an excellent work out experience in a brand new state of the art club, that is designed around our members needs.
© 2016 PK Fitness Ltd t/a B-Active Fitness Club. All Rights Reserved.